December 2022 — Ben will be selling books and hanging out at the Winter Book Faire, Dec. 3, at the South Lake Tahoe Public Library from 10-2 pm. Come say hello!

July 2022 — Kirkus Reviews puts The Mayfly on its list of “Great Indie Books Worth Discovering” and does a profile about Ben.

October 2021 — Sundance Bookstore hosts Ben for a reading and conversation about The Mayfly, available to watch here.

September 2021 — The Mayfly gets a 4.5/5 review and is certified “IndieReader Approved”!

June 2021 — Ben hits the ‘road’ on a virtual book tour for The Heavy Side with a couple dozen stops!

January 2021 — The Heavy Side is featured in the Tahoe Daily Tribune.

December 2020 — Heritage Magazine features Ben and The Heavy Side in their latest issue.

September 2020 — Ben sits in with The Biggest Little Library Podcast for an episode about reading, writing, high school, and The Heavy Side. 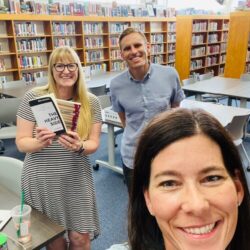 July 2020 –Pre-order your copy of Ben’s newest novel, The Heavy Side, through Sundance Bookstore by July 20th and request a personalized inscription!

January 2020 –The Biggest Little Library Podcast does a wonderful episode about The Flamer and Willy Vlautin’s The Motel Life.

November 2019 — ONE OF A KIND, a coffee table book edited by Mark Curtis and featuring photos and stories by northern Nevadans, includes a story by Ben.

February 2019 — Ben returns as judge for another great year of the Poetry Out Loud District Finals at the Nevada Museum of Art, Feb. 21, 5:30 pm.

September 2018 — The Flamer is re-released by Baobab Press, with a new foreword.

February 2016 — Ben sits in as a judge at the Poetry Out Loud Statewide Semifinals at the Nevada Museum of Art.

October 2015 — Ben joins other Reno writers for a Writer’s Harvest of spooky stories at Sundance Bookstore, benefitting the Food Bank of Northern Nevada.

June 2015 — Barnes & Noble puts The Flamer on its list of Five Overlooked Books It’s Impossible Not to Love.

November 2014 — The Young Man and the Mountain has been nominated for a Pushcart Prize.

September 2014 — The Flamer is suggested among 150 Nevada-themed things one might enjoy in commemoration of Nevada’s 150th birthday.

October 2014 — The 3rd edition of Nanotechnology: Understanding Small Systems is back. In black.

May 2014 — Ben joins a roundtable of Renoites for a conversation with the Reno News & Review about the Biggest Little City’s evolving culture and image.

March 2014 — Ben sits in with KNPR in Las Vegas for a chat about the new Nevada.

February 2014 — A new story, The Young Man and the Mountain, is out now in Arroyo Literary Review.

November 2012 — Ploughshares includes Ben in a great breakdown of Reno’s burgeoning (and yet historic) lit scene for their Literary Boroughs series.

October 2012 — Ben joins Claire Vaye Watkins and Tupelo Hassman for a Q & A about stories set in the West.

August 2012 — The Flamer gets a great review in High Country News.

May 2012 — Ben is a guest on KUNR for a discussion of both The Flamer and his day job. Listen here.

April 2012 — An excerpt from The Flamer appears in the The Nevada Review.

March 2012 — The Flamer debut is featured in the Reno Gazette Journal.

January 2012 — Nanotechnology: Understanding Small Systems is the winner of a CHOICE Outstanding Academic Title Award for 2011.

December 2011 — The nanotechnology textbook is featured on NanoScienceWorks, here.

October 2011 — Ben is the grateful recipient of the Outstanding Young Alumnus Award from the University of Nevada.

September 2011 — A new story, The Count, has been accepted by the Portland Review.